4 Things I Learned from Living on a YWAM Ship

The vision of sailing to isolated islands seems exciting and exotic. But maybe you’ve asked yourself, what does day-to-day life on a ship actually look like?

Living on a boat is definitely a unique adventure. You get to sail the high seas, feel the salty breeze, and connect more with God as you experience the greatness of his creation. On top of that, you learn a lot of new and important lessons from having to face some tough challenges.

Here are 4 things I learned from living on a YWAM ship. I hope these lessons will inspire you to step out of your comfort zone and into the calling that God has for you. 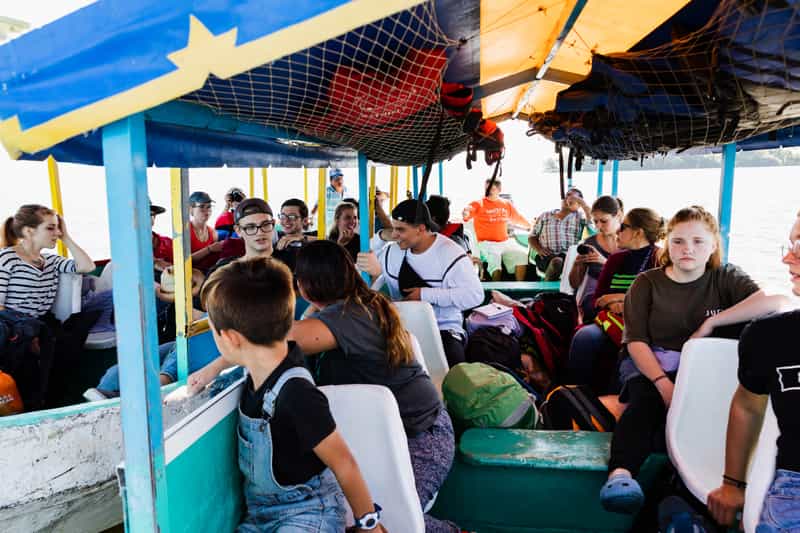 Did you know that it is possible to do your Discipleship Training School on a YWAM ship?

That was my experience. We were 45 students living on a boat, and everyone had at least 1 roommate. I had never shared a room with someone for more than a few days, so I wasn’t too excited at the idea of ​​having to spend 3 months in the same room with someone I didn’t know.

Later I realized that living in a shared space was an incredible opportunity to get to know my classmates much better. We got to know each other’s stories and we were able to share our fears, insecurities, triumphs, failures, and struggles. I quickly realized that I had a lot in common with my new friends and I began to see them as a family.

2. You can find silence in the noisiest places

I remember one weekend in particular where I felt I was about to lose my mind. I was trying to think about everything I had learned in the past days, and for the first time in a long time, all I wanted was a bit of silence.

I came out of my room and found both the dining room and lounge full of people. The pier was being used as a skateboard park, and the deck was as busy as a playground. I ran to the end of the boat, sat down, and with a lump in my throat I asked God for just one moment of silence!

When I looked up, I found myself staring at one of the most beautiful sunsets I have ever seen.

I was absolutely captivated by the beauty of the landscape and the colors that painted the sky. The sound of the waves, the warmth of the last rays of the sun, and the coolness of the gentle breeze drowned out all the voices and noise around me. It was as if suddenly everyone on the ship had disappeared and it was just me and God. 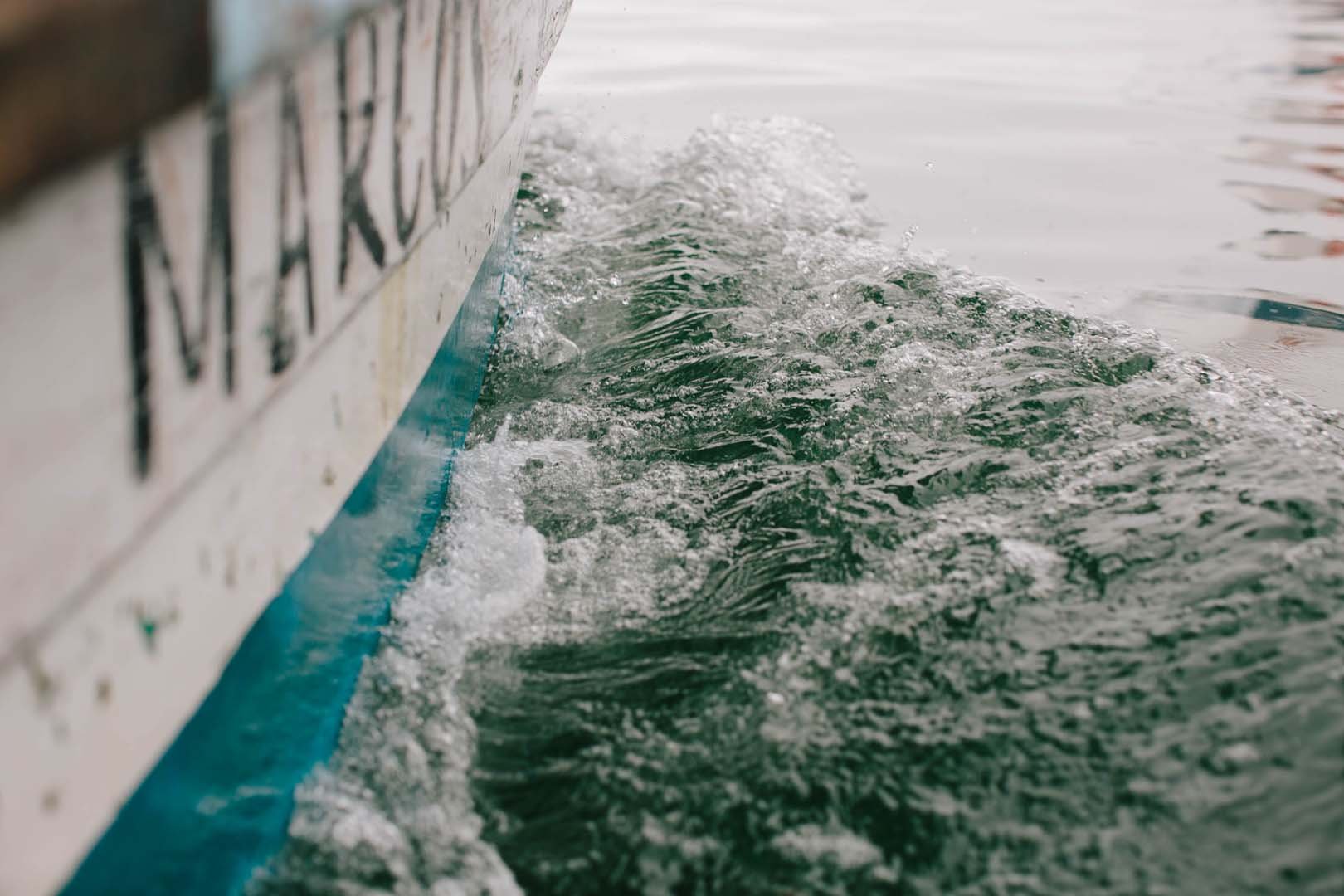 The first time I saw and explored the ship, I had mixed feelings. On one hand, I loved it for the simple fact that I was going to live in it. But on the other hand, I thought it was just a floating piece of junk. It was old and in constant need of repair.

At first glance, no one would give much for this ship called the Pacific Link. But that's what's amazing about this and many other YWAM ships; despite the fact that many people don’t believe in their potential, they’re capable of changing lives. 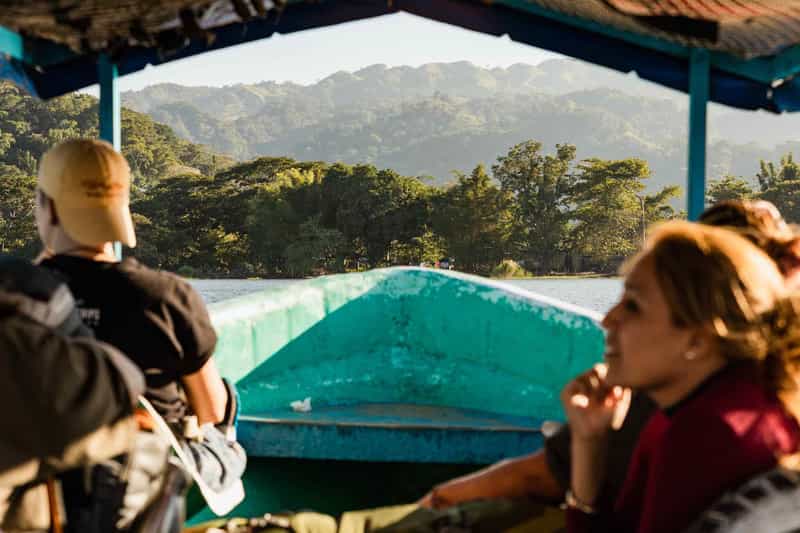 These boats have taken thousands of volunteers to the most remote places in the world. They bring medicine and education, start community development projects, perform hundreds of surgeries and dental procedures, and most of all, they bring hope and the love of God.

I realized that many of us see ourselves in the same way that I saw the Pacific Link. We doubt ourselves, believing God can’t use us to transform the world because we think we don’t have what we need. Some of us wrongly believe that we’re too small to accomplish anything. This is by far the greatest teaching I received from living on that incredible ship. I now know that it’s precisely these kinds of people—humble, willing, and obedient—that God chooses to demonstrate his power and love.

Maybe people have told you that you’re nothing and you’ve believed it. Maybe you think you have nothing to offer. But remember: God chose what the world considered flawed and turns it into something incredible. (1 Corinthians 1:27, NLT)

4. You learn to trust more

There’s an old saying that goes: "Where a captain rules, a sailor has no sway". This was one of the things that most impacted my life while on the ship. As many of us know, the highest authority on a ship is the captain.

The captain carries the authority to say how and where to go. While we traveled, we spent a lot of time with him. He was always confident and made his job seem like it was the easiest thing to do.

I never believed that living on a ship would teach me so many practical yet profound things at the same time. I went to YWAM because I was ready for an adventure and because I felt called to missions.

I didn’t expect that God would use the day-to-day life on board to shape me into the person he created me to be. Now I can see more clearly that he was preparing me to make an impact in nations, starting with the small things.

As I said, living on a boat is a unique experience. If you are looking to grow closer to God and make him known, why not consider starting your adventure on a YWAM ship? I promise that you’ll learn much more than you could ever expect!

There’s an adventure out there with your name on it. What are you waiting for?