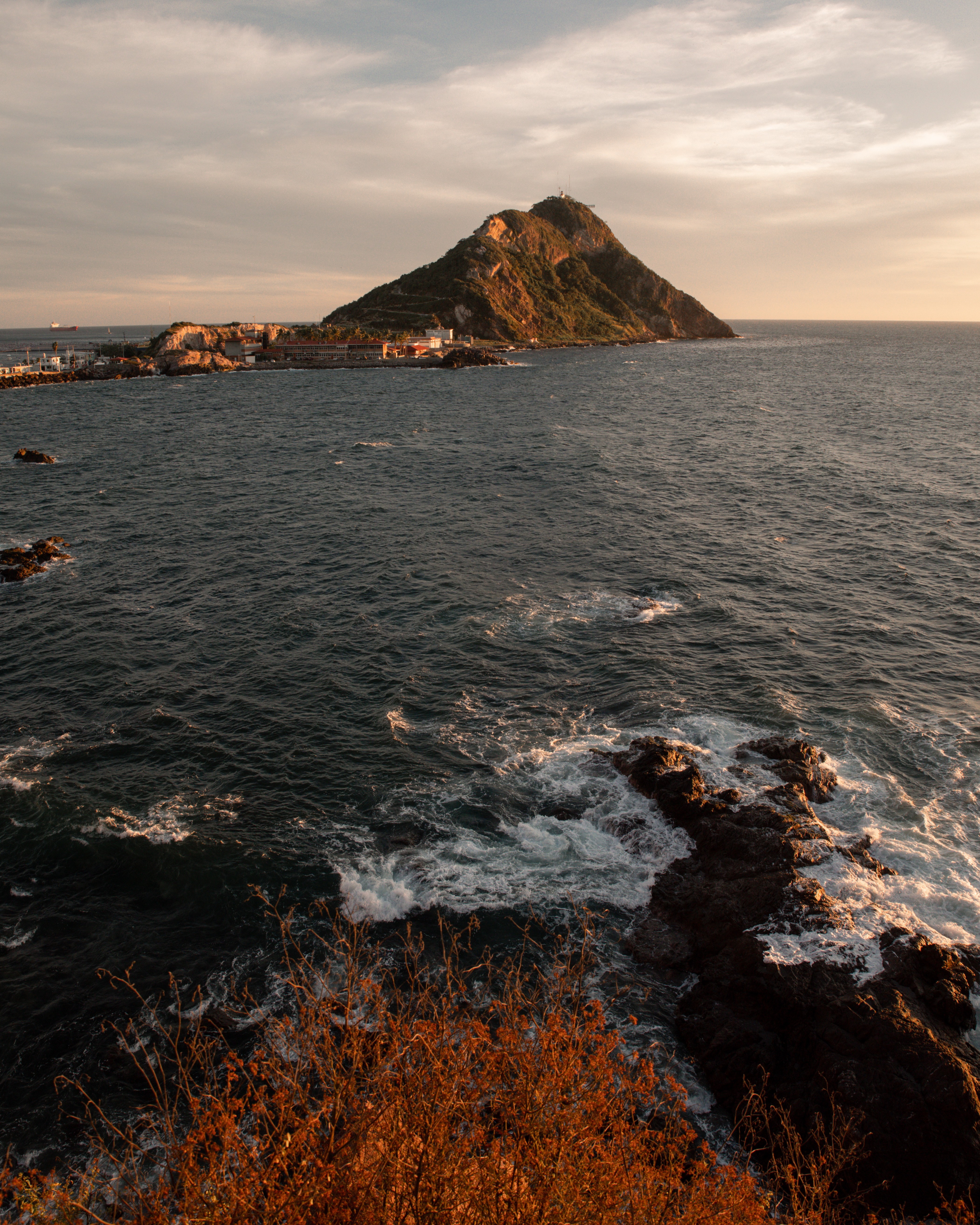 Does God Really Want Me to Go to YWAM?

You just inquired about DTS, sent in your application, or maybe even bought a one-way flight to do YWAM in Mexico. No matter where you’re at in your journey, at some point, fear will try to set in.

“What did I just do?” you might ask yourself. “This is crazy!”

Doubt can start to plague your thoughts. “I’m flying to another country to live with people I’ve never met before. I have no idea what’s going to happen! Can I really do this? What if it’s a disaster? What if God doesn’t want this for me after all?”

We’ve all been there. Everyone, before every big jump in their life, has been there. The fear and anticipation can feel unbearable. But you don’t have to let it stop you.

I was in the same place when I decided to become a staff member here at YWAM Mazatlan. I wrote out my application three separate times, and each time, right as I went to hit “send”, there was a glitch and all my answers were deleted.

After the third time, I lost it. I started to question everything. I wondered if God had really told me to do this, or if I was just plain crazy. Anxiety and fear consumed me. Tears ran down my face as I cried out, “God, where are you?” I was hoping for a visible sign in the sky, or maybe to hear the audible voice of God.

But nothing happened. God was silent. Or so it seemed.

I wondered what to do. Was the silence a sign that I wasn’t supposed to go? Maybe I had misheard God before. Or maybe God didn’t speak at all. What else was out there? Should I stay home, go to university, get a job? Were these options safer?

Once my tears had subsided, I still didn’t hear a voice booming from the clouds. Instead, I heard the tiniest whisper: “Remember what I first said. Remember what I promised you.”

It was in that whisper that I found the boldness to send in my application. That whisper reminded me to have faith in the words I believed God had spoken to me before: return to YWAM.

I realized that every promise from God is fulfilled in His perfect timing. Every truth the enemy tries to hide will eventually be revealed. Through this experience of fear and doubt, God showed me that He never wants fear to run our lives.

There will always be times when we question our decisions or feel nervous, but we don’t have to let the anxiety stop us from living.

God is not fear, anxiety, abandonment, or depression. He is the conqueror of these things. Since attributes like these aren’t a part of his character, he won’t use them to lead you. If you find yourself making decisions based on fear, then you’re allowing fear to be your leader.

When we take a step toward God, we’re often met with resistance. The enemy tries to use our weaknesses against us in an attempt to prevent us from growing closer to the Lord.

As you embark on your YWAM journey, be prepared! When you purchase that flight, submit that application, or make that phone call, fear might make an appearance in your heart. But if fear is the only thing stopping you, then hold your ground and stand firm.

Fear is not from the Lord; it’s a weapon of the enemy. Always remember that the enemy does not have the ultimate say over your heart. Love God and hold onto truth.

God doesn’t always tell us everything, but sometimes he gives us a picture of his plan for our lives. He’s a father who loves talking to his children, so don’t be afraid to ask him to confirm if this is the right decision.

It could be a powerful encouragement from a friend, family member, or pastor. It could be an overwhelming feeling of peace when you pray. It could be things perfectly falling into place, like your boss giving you their blessing to leave your job, or finding out that DTS starts 2 days after an important event you wouldn’t have been able to miss.

However, if you receive multiple confirmations and you’re still hesitating, it might be time to just GO! God whispers to us when we’re open to listening, but we still have the power to ignore his words and doubt his faithfulness.

He might not always speak to you in the ways you expect, so be open to his guidance. Once you believe you’ve heard his voice, keep moving forward in obedience and don’t turn back!

God knows you. When fear strikes, remember that because he created you, he is the only one whose voice holds authority. He will answer you somehow. It might not be in a thunderous voice or a blazing vision. Perhaps it’ll only be in a whisper. Whether it’s been 5 days or 5 years since he told you to become a missionary, that promise is still valid.

Also keep in mind that life decisions are not multiple-choice questions on a test. God will not punish you for guessing wrong and “accidentally” choosing path A instead of B. That’s not how a loving father treats his children.

He will honor that you are truly seeking him and trying your best to make a wise decision. He’ll be faithful when you respond to the gentle tugging on your heart, even if you don’t always feel 100% sure of your answer. 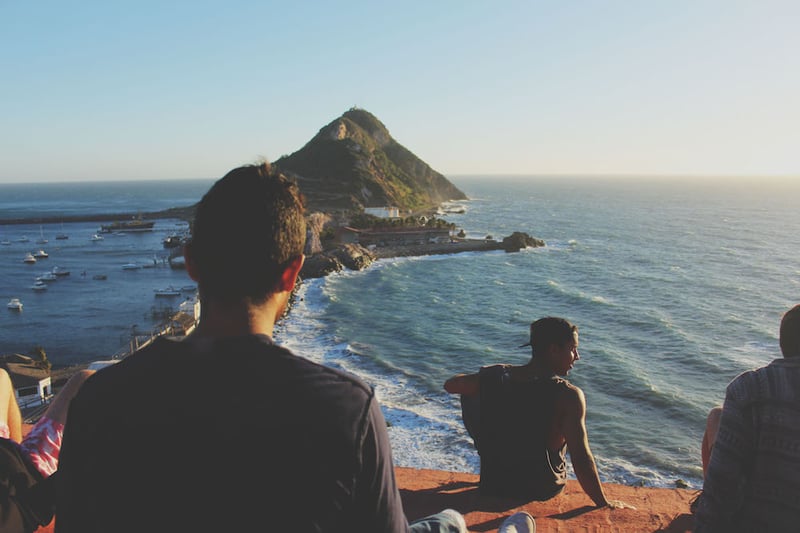 Finally, you must jump!

At some point, you either have to climb down from the cliff edge, or you just have to jump. There’s no use standing up there forever!

Maybe you’re worried that you won’t be able to fundraise all the money, or that your friends will think you’re weird, or that you aren’t prepared enough for missions. Don’t let those things stop you.

Jump! A little bit of fear is what makes an act exhilarating—if jumping off a cliff didn’t involve an adrenaline rush, it probably wouldn’t be as satisfying to do it!

God doesn’t promise that things will be simple or easy, but he will never let you crash on the rocks. He's your provider, encourager, and sustainer. Jump! This might be the first time you’ve ever had the chance to follow God without the distractions of everyday life. So get out there, travel, meet people from all over the world, learn a new language, and experience new cultures.

December 4, 2020 |
6 min read
Previous Story
← Can I Really Serve God AND Do What I Love?
Next Story
Three Things You'll Learn From Doing The Bible School For The Nations →