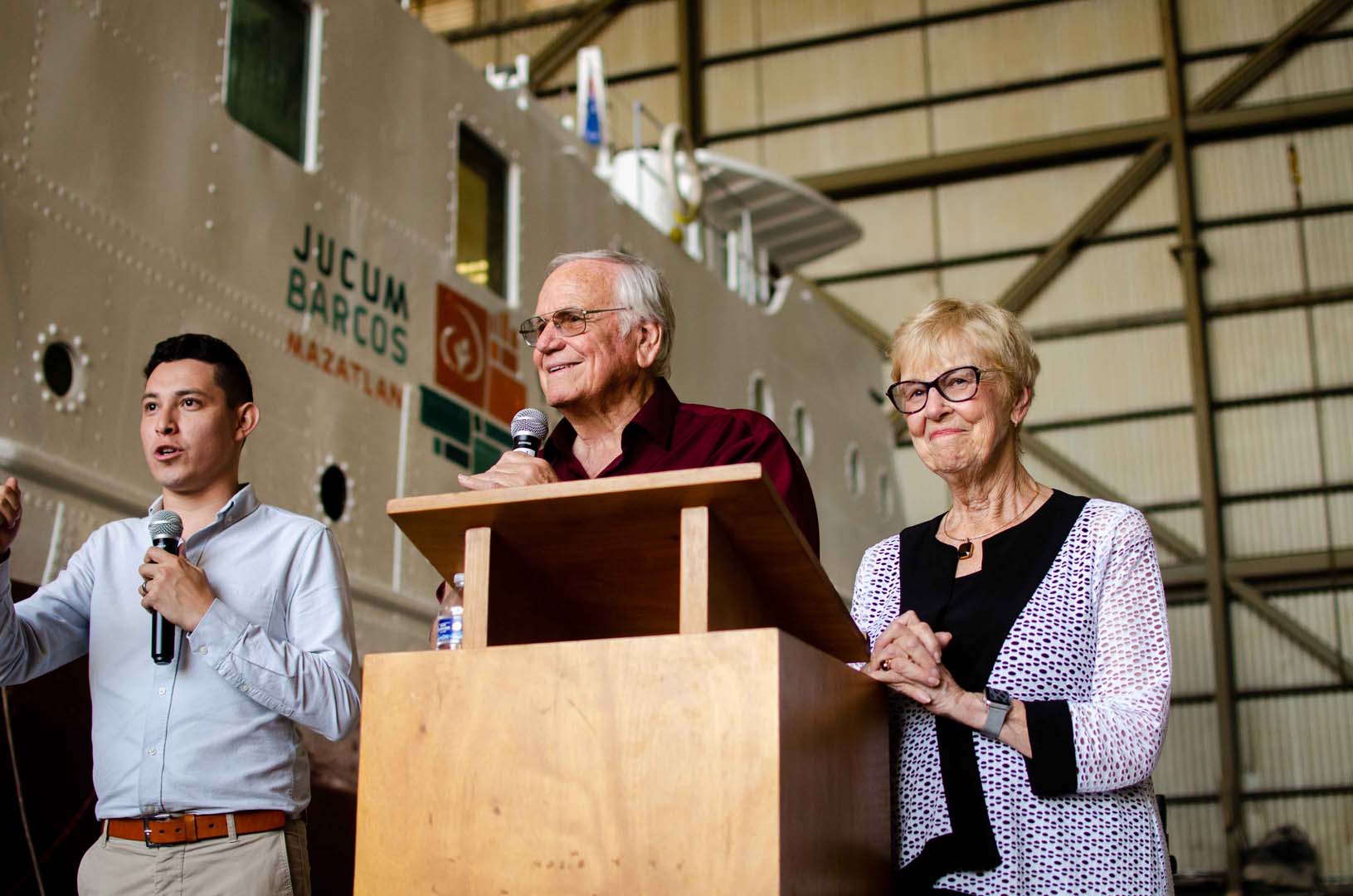 Have you ever experienced any thing that left you breathless? Maybe it was seeing something beautiful for the first time, or maybe it was a hard workout that felt so good even though it left you breathless! That’s how we feel here at YWAM Mazatlan! We just capped off an amazing time of ministry where we worked harder than we ever had to before, but saw some pretty incredible things during it. We are excited to share with you what’s been going on!

- The first two weeks of May we hosted a DNA Leadership event run by YWAM co-founder Darlene Cunningham. 250 YWAM missionaries from nearly 30 nations joined us for this remarkable gathering. The sense of family was so tangible as we sat and heard stories and received teachings from the “Fathers and Mothers” in our mission.

- During the DNA we had the privilege of being the first YWAM location to dedicate both a YWAM Ship and a University of the Nations Campus on the same day. What an honor it was to have the founders of YWAM, Loren and Darlene Cunningham, here to be able to present these “twin” ministries to Lord! There was a great sense of ownership from all DNA participants as Darlene joyfully declared for all of YWAM, “This is OUR ship!”

- The DNA proved to be a catalyst for new vision being released as leaders from all over our region were inspired to dream big! For us as YWAM Mazatlan this means getting serious about our 110 City vision — to pioneer 110 YWAM bases in every Mexican city with a population of 100,000 or more!

- Thank you for all that you are doing for YWAM Mazatlan! For standing with us, praying and supporting us!

- We have more exciting news to come on our Campus expansion…stayed tuned.

These Stories on YWAM Mazatlan

5 Reasons to Fall in Love With Mexican Culture

10 Things to Consider When Choosing Your YWAM DTS Location

5 Ways to Get Involved with YWAM After DTS